Radio has given me a voice. It’s been loyal to me even when I wasn’t loyal to it. It’s forgiven me when I was a jerk (and there were times when I was a jerk!) and afforded me opportunities I wouldn’t have found anywhere else. Radio introduced me to some of the most wonderful people in the world, and some of the most famous. They’re not always the same thing. It legitimized me to strangers and gave me confidence until I built some of my own. 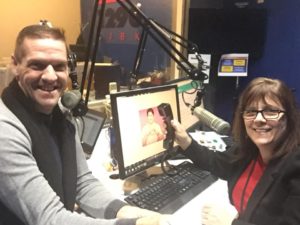 Musicians count streams, downloads and concert revenue but radio is still what gives their songs credibility. Not always, but it’s still there. Many great musicians will never or rarely get on the radio. The superb Derek Trucks and Susan Tedeschi come to mind. But for those seeking mainstream acceptance, radio is key. Anybody can post anything online but it takes a village of people who have heard it all before to decide whether a song is worth playing on the air.

Video may have killed the radio star in 1979 but radio itself didn’t die. Sometimes it seems like it’s about to emit its death rattle, and then it’s revived. The big conglomerates have chewed up most of the major market stations, that’s true. But smaller companies like MY-FM, Bayshore, Blackburn and Acadia are expanding their reaches and operating more like the family companies did before they were absorbed by the media giants. 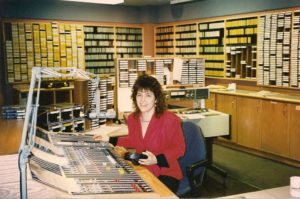 I’ve seen a lot of changes in my career. In technology, we went from records and carts to CDs to digital. From hitting the pavement to get a story to sourcing it from a desk chair. Staffs have contracted and expanded and contracted again. Stations forget their mission for a while, suffer, and then get back to the basics: personality, local content and service to the community. Radio still has an immediacy that social media can’t beat. A verified immediacy. Show me a Twitter user who puts information through a rigorous confirmation process and I’ll show you a journalist. They are few. 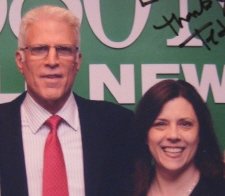 The bankruptcy filing last week of US iHeartRadio (formerly Clear Channel) followed a similar move by rival Cumulus. All told, they operate nearly 1300 radio stations. They’re not closing shop; they’re looking for approval to “right-size” their balance sheets to remain profitable. Translation: cut staff, cut budgets, not cut executive salaries and bonuses. And so it goes. It’s not unique to radio. And it’s not the end of radio’s story, which I’m grateful to have a small part in writing, still, after all this time.